Molecular Recognition and catalysis with foldamers

The ability to synthesize sequence-based non-natural oligomers that fold with high fidelity bodes well for creating molecules with unique recognition properties tailored to various applications (e.g. catalysis, sensing). We are also interested in molecular recognition properties of foldamer-based quaternary and tertiary structures, as supramolecular cavities and channels generated from short foldamer sequences may provide privileged environments for interaction with a broad range of guest molecules. 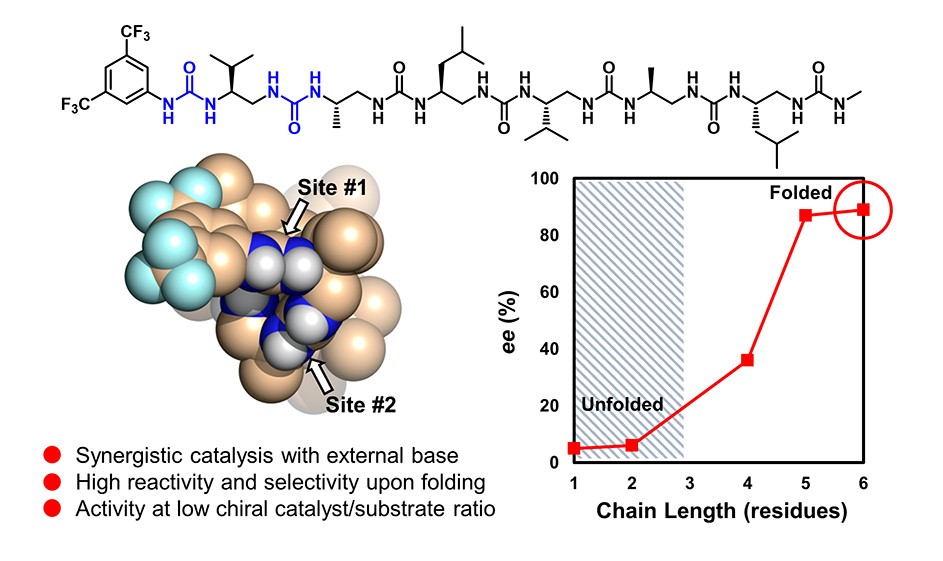 Taking inspiration from proteins and peptides, we designed helical oligo(thio)urea foldamers that catalyze enantioselective C-C bond formation. The catalytic system is composed of two modules which include a H-bonding chiral oligomer that folds into a three-dimensional helical structure and a tertiary amine as base component. In collaboration with the group of Claudio Palomo at the University of the Basque Country, we have shown that this system promotes a C-C bond-forming reaction at remarkably low chiral catalyst loading with high enantioselectivity. The catalyst system can be easily optimized, as each component can be separately fine-tuned to increase reaction rates, selectivity, and other properties. We observed a strong correlation between the oligomer catalyst efficiency and its folding propensity in solution. The chiral oligourea foldamers studied here combine a number of unique and positive features such as synthetic accessibility, functional capability, sequence modularity, and high folding fidelity which could be further applied to catalysis of other C−C bond forming reactions, or even turned into distinct practical and scalable technologies. 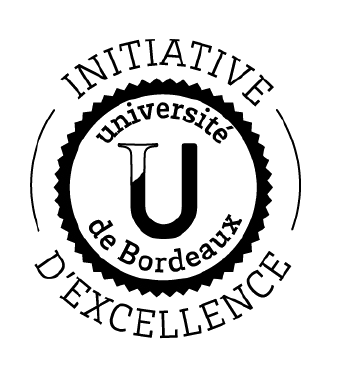 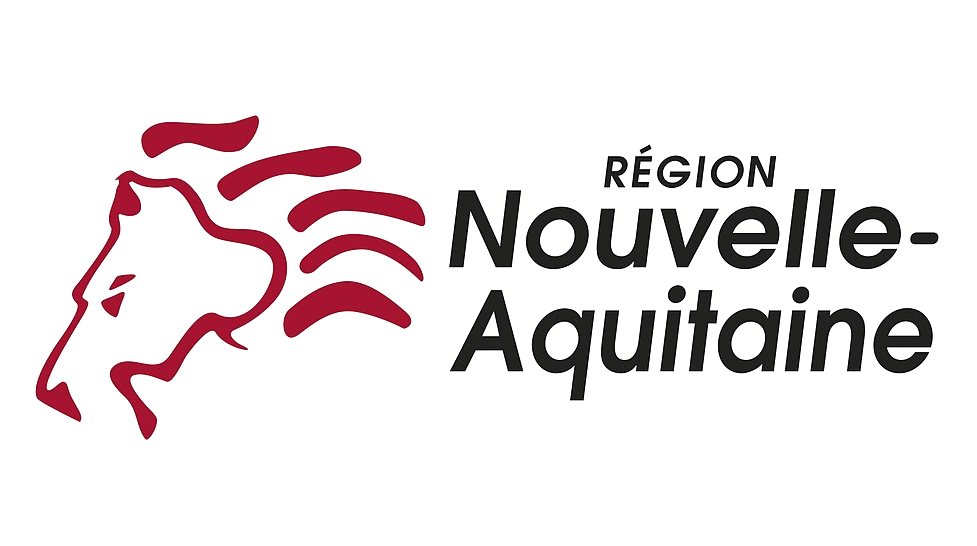 Figure : (left & center) Details of the isolated cavity present in the crystal structure of the hexameric helix bundle reported in 2015. Black arrows indicate the carbonyl groups which are available for H-bonding within the otherwise hydrophobic cavity; (right) Crystal structure of bundle/1-hexanol host-guest complex with three 1-hexanol molecules bound within the hydrophobic cavity.

The goal of this project is to explore molecular recognition properties of foldamer-based quaternary and tertiary structures. Supramolecular cavities and channels generated from short foldamer sequences provide privileged environments for interaction with a broad range of guest molecules from small organic substrates (see Figure and work published in JACS in 2017) to biomolecules. Host-guest interactions will strongly depend on the nature of the (nano)cavity (open channel versus internal cavity; polar versus hydrophobic interior, geometry and volume of the cavity). In addition to binding studies, high resolution structural details of assemblies in the guest-free and guest-bound forms will give a unique opportunity to modulate selectivity and binding efficiencies through precise modifications of recognition motifs. The incorporation of metal centers or reactive side chains within foldamer-based assemblies is expected to endow the resulting architectures with distinctive functional properties including catalysis.